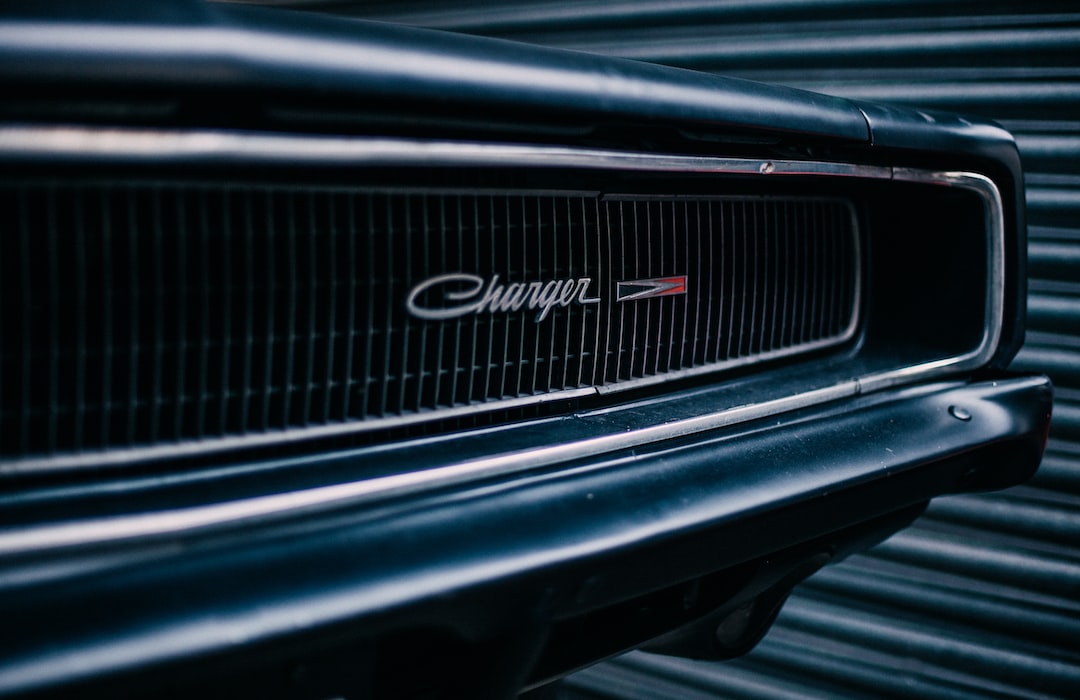 If you own a classic muscle car from the '60s or '70s, you may have found yourself staring down the abyss when it comes to fuel systems. Your dilemma: You want to add more power (or maybe already have!) but have discovered you need a bigger fuel pump, a larger fuel line, a special EFI-friendly fuel tank, or perhaps all three. Moreover, replacing all of that may force you to put a knife to your classic, cutting into original sheetmetal. If the sound of that gives you pangs of regret, you'll want to look into one of CPP's fuel-injection tank kits.

Do You Need A CPP EFI Tank Kit?

You need to remember that when the original manufacturer built your classic, the fuel lines and tank were designed to supply a mechanical fuel pump and a carburetor that had built-in fuel reservoirs. Under normal operation, the stock 5/16-inch fuel line was ample for keeping those float bowls topped off; the mechanical fuel pump was rarely an issue since peak demand can be satisfied and even sustained for short periods of time due to the reserve fuel in the carburetor's bowls.

Now that electronic fuel injection (EFI) has become almost standard fare with its easy starting and refined street manners, and more important, since EFI unlocks a whole world of power upgrades, a conversion to EFI really frees up some fun choices. All of that, however, depends on your ability to get enough fuel to the engine.

Through the '90s and early 2000s, converting to EFI meant pulling the fuel tank and cutting it up to weld in a sump, usually with some kind of trick baffling to keep fuel near the outlet. The sump would feed a nearby electric fuel pump—at or below the level of the sump to keep it from burning up. Add a filter or two to the pump, the sump, and all the attendant plumbing, and you've got a real carnival show hanging under your rear bumper. All you need is a trapeze artist!

If you were a racer or a street guy with a race car look, it wasn't a deal breaker, but if you liked your ride to fly under the radar a bit more or wanted a stock look, that was going to cost you. The aftermarket was paying attention, however, and a few years ago, Tanks Inc. began offering stock-appearing fuel tanks with a twist: They were designed from the get-go for EFI.

A Fuel Tank With A Twist

To get all the benefits of fuel injection really requires the fuel pump to be immersed in fuel inside the tank. For one, the fuel cools the pump, keeping it from burning up and needing replacement. High-pressure pumps like the kind used for EFI don't do a good job of sucking the fuel—they work best when pushing it uphill. Noise is also a huge annoyance with an external EFI fuel pump. As most vintage fuel tanks had no provision for drop-in fuel pumps, this meant hanging a pump outside and below the tank.

If you wanted an invisible conversion, it required a tank or a trunk floor to be cut up and modified (above). What Tanks Inc. did was redesign the stock tank with a recessed shelf on top that makes room for a modern high-pressure in-tank pump like the kinds found in modern hot rods like the Corvette, Camaro, Hellcat, or Mustang GT.

Most important, the recessed shelf on the Tanks Inc. tank means a bolt-in EFI pump doesn't interfere with the trunk floor on Mopars or GMs (most vintage Ford fuel tanks are actually part of the trunk floor). Your author's 1968 Plymouth was converted to EFI before these Tanks Inc. tanks existed, and the installation of a similar in-tank EFI pump to that shown in this story meant that the trunk floor was sacrificed to create an access hatch and the extra clearance needed for the hanger assembly and fuel lines.

Fortunately for Chris Arriero and his 1974 Plymouth Duster project shown in our story, cutting up the trunk floor wasn't required because the Tanks Inc. EFI tank for A-Body Mopars was available through CPP.

Classic Performance Products knows a good idea when they see it, so when Tanks Inc. stepped up with the huge investment to retool a whole bunch of classic fuel tanks to make them easy for EFI, they jumped on it. CPP starts with the Tanks Inc. EFI tank and adds a 255lph EFI fuel pump, fuel sending unit, in-line filter, a custom in-tank hanger assembly, AN6 fittings, and push-lock style fuel line. This effectively converts any fuel system to 3/8-inch ID fuel line (up from 5/16-inch), while putting a lid on loud, exposed EFI pumps. It supports up to 600 hp (naturally aspirated) and can be ordered with a variety of sending units to suit the impedance of your gauge's circuitry. Once installed, you'll have a fuel tank that looks stock from every visible angle and that keeps the loud whine of an EFI pump at bay. Burned-up fuel pumps will also be a thing of the past, and no one has to know how fast your ride is just from sitting behind you at the stop light.

Think the CPP fuel injection tank kit might be the right move for you? There certainly are other options, but for Chris' 1974 Duster, the thing that mattered most was having a sleek outward appearance, even though Chris' newer 455-hp Magnum 360 small-block is carbureted. Without a mechanical fuel pump on his Magnum 360, the in-tank EFI pump would be required, as long as he used a step-down, low-pressure fuel regulator. To that end, Chris substituted the high-pressure EFI regulator in the CPP kit with a low-pressure regulator from Mr. Gasket. Should Chris decide to change from a carburetor to EFI in the future, all he'll need to do is change out the regulator for the one in the CPP kit! Let's take a look at how Chris installed the CPP fuel injection tank kit in his 1974 Duster.

What's In The Box

Classic Performance Products is known for its prolific coverage of Chevrolet classics, but the company also carries a complete line of Mopar-specific fuel systems, including this one for 1970-'76 Mopar A-Bodies (part No. MO7076CFIT-K, $455). The kit includes a Tanks Inc. fuel tank that is not only A-Body specific, but also has provisions for installing an in-tank EFI fuel pump. The CPP kit also includes an EFI-specific fuel pressure regulator (shown), which Chris replaced with a low-pressure, carb-specific unit.

Chris is a closet OCD, so he wasn't about to install a bright metal fuel tank under a car that he has carefully painted in a fresh coating of satin black. The insider tip here is to use the "trim black" satin from a company called SEM. It's an automotive-specific brand, which means it's been formulated specifically for the rigors of automotive use and handles outdoor abuse better than most. That's really important for anything on the undercarriage.

Just like the pump assembly side, take a depth measurement from the fuel sender hole from the top of the tank to the floor of the tank under that spot. You can see in this photo how the area under the mounting holes has been reinforced from inside with extra metal to afford enough threads for the mounting bolts to engage authoritatively.

Because the CPP fuel pump kit covers a bunch of applications besides the Duster, you may not need the included fuel sending unit extension, and here Chris is using just the fuel sending unit without the extension as the pivot for the float lever. That pivot point depth is subtracted from the measured depth and is plugged into a chart (provided by CPP) that will tell you how long to cut the float rod. This will produce the desired range of motion for the float as it traverses its complete range of motion.

Similar to mounting the fuel pump assembly, drop the sending unit into the tank with the cork gasket sandwiched in between. It only mounts in one orientation, so you can't get it wrong.

CPP includes all the anodized AN fittings for the send and return fuel lines. Here, Chris coats the threads of the -6AN-to-NPT fitting with ARP thread sealer before threading it into the fuel send port on the fuel pump assembly. The return fuel line fitting is identical.

You'll want to attach the chassis ground to the fuel pump flange before you get the tank in the air and under the car. That way, you'll only have to shorten the ground wire and attach it once the tank is under the car. Now's also the time to attach the sending unit signal wire and the fuel pump 12V power wire to the in-tank pump. Those will also be terminated to the car once the tank is installed.

Also important to plumb prior to installing the tank is the pressure vent valve (in hand). This one-way ball valve allows venting negative pressure without leaks, and for Chris, that means he can use a non-vented gas cap, which he needs because he's moving the fuel filler neck inside the trunk. Note that there are two vents on the tank, which must be connected in a "Y" with hose and fittings included in the CPP kit. The pressure relief valve must be placed above the level of the fuel filler neck to prevent spillage.

The next step is raising the tank up to the undercarriage. You won't be bolting the fuel tank straps on yet; the idea is to complete the wiring and plumbing while you still have access to the connections on top of the tank, but also that the routing and lengths of hoses and wiring can be accurate.

As you run your push-lock fuel hoses to the front of the car for measuring and installing the AN fittings, it's a really good idea to mark the lines with "R" and "S" for "return" and "send." That way you won't accidentally mix them up and get the lengths wrong. We'll point out that AN6 line is 3/8 inch in diameter, which is a lot larger than the stock 5/16-inch line. That allows it to carry a lot more fuel for thirsty engines. This will be plenty for the 455-hp Magnum 360 it will supply.

Here, Chris deviates from the stock EFI installation. As we mentioned before, this 1974 Duster has a carbureted engine, so the high-pressure regulator included in the CPP kit was replaced with a low-pressure Mr. Gasket regulator (part No. 2015). Chris likes to mount this regulator near the tank. This shortens the return line hose run, helping to reduce fuel heat soak and vapor lock. You only need to make the pressure adjustment once, so the location inboard the rear framerail is nice and safe.

After routing the fuel lines and wiring, it's OK to bolt the fuel tank straps on. Chris says, "See how awesome it looks now!"

One thing Mopar guys universally don't like is the giant filler pipe cutting through the trunk, reducing the useable area. Chris is going to move his filler access into the trunk when he smooths the driver-side quarter panel. The rubber filler neck boot is removed (they normally are dried out and cracked and need to be replaced anyway); it will be replaced later with some of Chris' slick fab work.