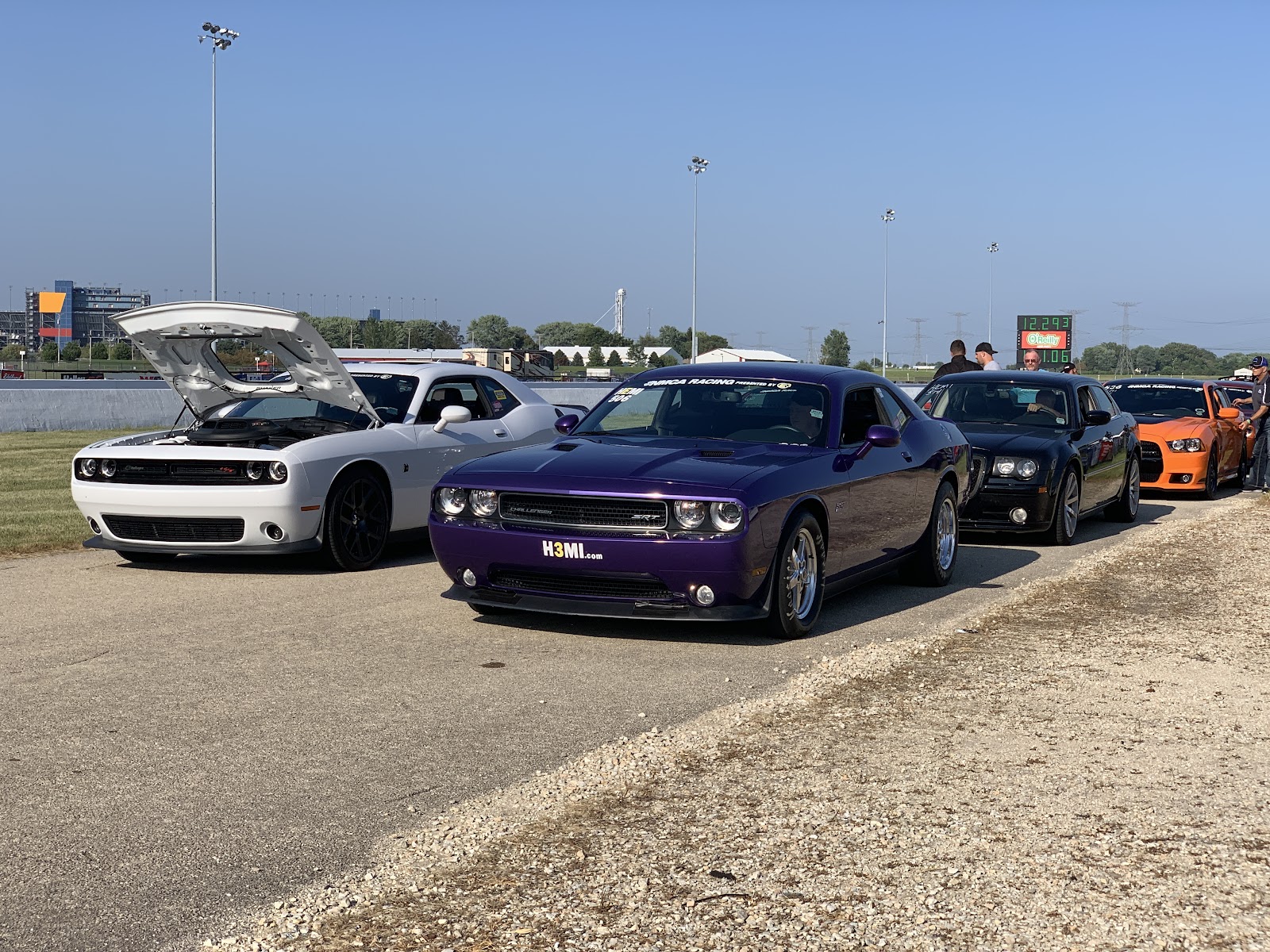 The big day arrives. Loads upon loads of muscle cars roll off trailers and come to life on the pavement. Race day has begun. We took the Challenger off of the trailer and got it set up on the ground. We unloaded the Predator tune from the car’s computer and adjusted the tire pressure in the vehicle for optimal ground contact but not too much fold on the line. The front runners are adjusted too have minimal ground contact. We had all of the interior stripped to lighten the vehicle’s overall gross weight.

We also made a minor aerodynamic adjustment to the Challenger involving the inlets on the front splitter of the car. By closing the inlets, it depleted the overall drag that the car has against the wind for lower mile-per-hour portions of the race. On top of the aero adjustment and the weight adjustment, we took off the tune that had the car operation on an 87 octane tune, while it was full of 93 octane fuel.

After a primary and solo practice run in the morning, the vehicle hit an improved time of 12.48, which was the best number we had seen all weekend. With that successful practice run, we took the car back to the pits to test a theory with our new tune to get as much heat out of the engine block in a short amount of time.

We set up a generator with a large shop-fan on its highest setting towards the front of the Challenger grille. We then used the tune to bypass the electric fans when the vehicle is in ignition mode but not turned over, so that we could pull heat from the engine compartment and the water pump. We then cycled the radiator from the cooled water to hot water within the block and pulled more heat from the radiator again. After pulling the heat a few times, we got the temperature of the engine block down to 180 from 215 in just 7 minutes. Clarifying that the engine needs to operate at a temperature of 180, we figured pulling any more heat would be unnecessary and could be dangerous for the vehicle under hard launching and heavy drivetrain operation.

Later on in the day, came the three segment race that featured back to back runs, following a true street operation. Beneficially, the runs stayed with a consistent range for the Challenger, being the runs were all within two hundredths of each other. The first run was a 12.45, then a 12.46 in the second run, and a 12.47 in the finals.