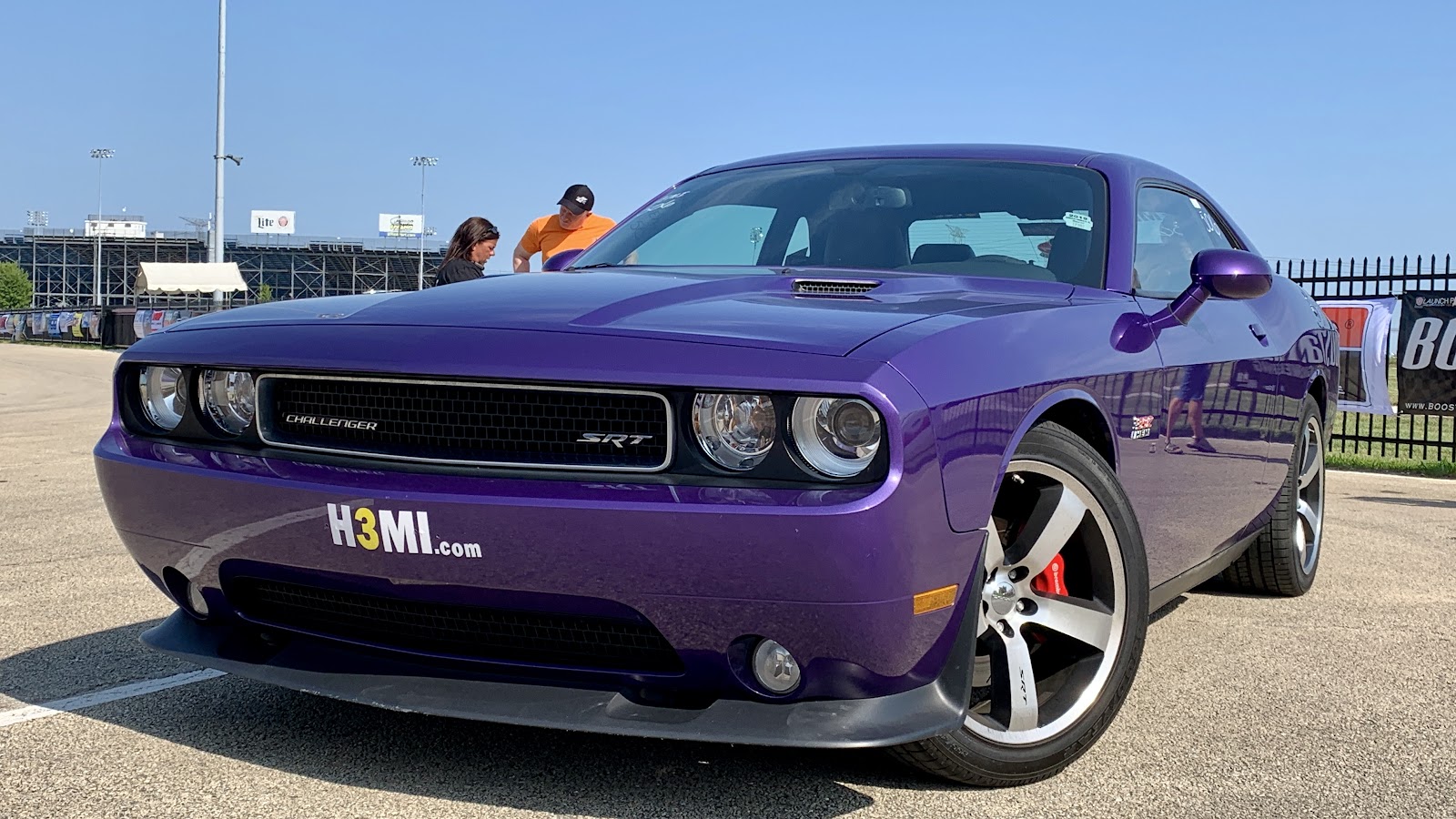 Picture this. You’re amongst a collection of racers from around the nation that are all proud owners of the world’s last true muscle car model and everyone is competing in this category to claim a class trophy for being the fastest and most consistent.

At the NMRA/NMCA event in Joliet, Illinois, owners of all modern Dodge, Jeep and Chrysler vehicles that are packed with a Generation 3 HEMI power plant are allowed to participate in the Modern Dodge Mopar HEMI Shootout class, which is a division of true street class racing. This entry-level event supplies an opportunity for the rookie drivers - as well as the average and pro drivers - the ability to go against other V8s in a triple back-to-back series, and the average is collected from the three passes you make to bring a total average to the winner’s circle, where the winner is selected for the fastest time based on how close they are to a second with their average, such as the 13 second or the 12 second round-up. 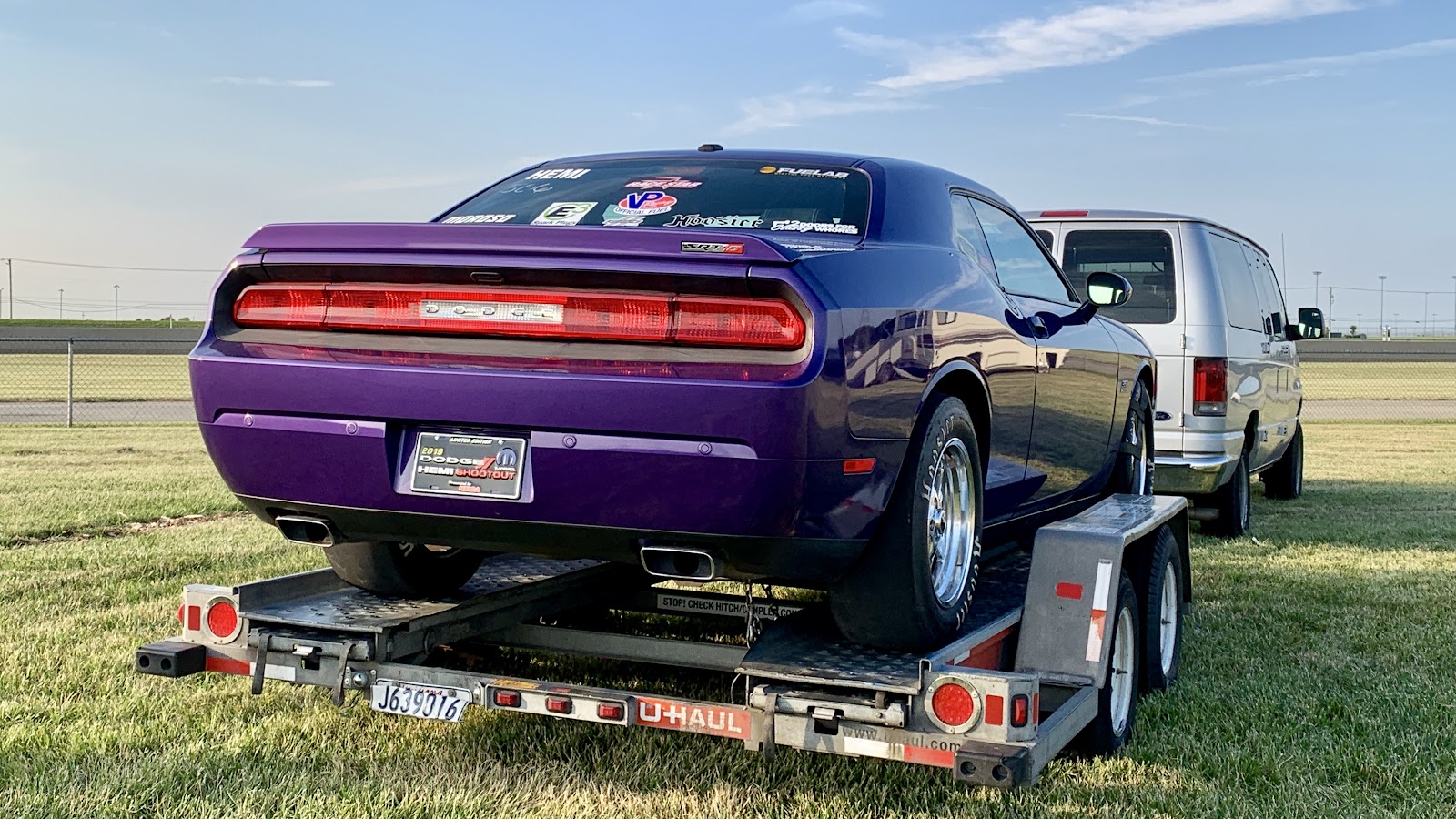 We made our arrival at the Route 66 Raceway Gate and got ourselves situated in the back of the track, right at the return road beginning. The unloading of our track essentials and the Challenger began. We docked the car next to the van and extracted all the commodities we brought along to get us through a day at the track. Then we began the process of tech prep. Before long, we had our tech card filled out and we made our way to the booth for inspection. With our tune, interior stripping, air box pulled out, long studs, driveshaft loop and wheel/tire setup checked off successfully, we returned to the trailer to make adjustments to tire pressure, right before we made way to the staging lanes. 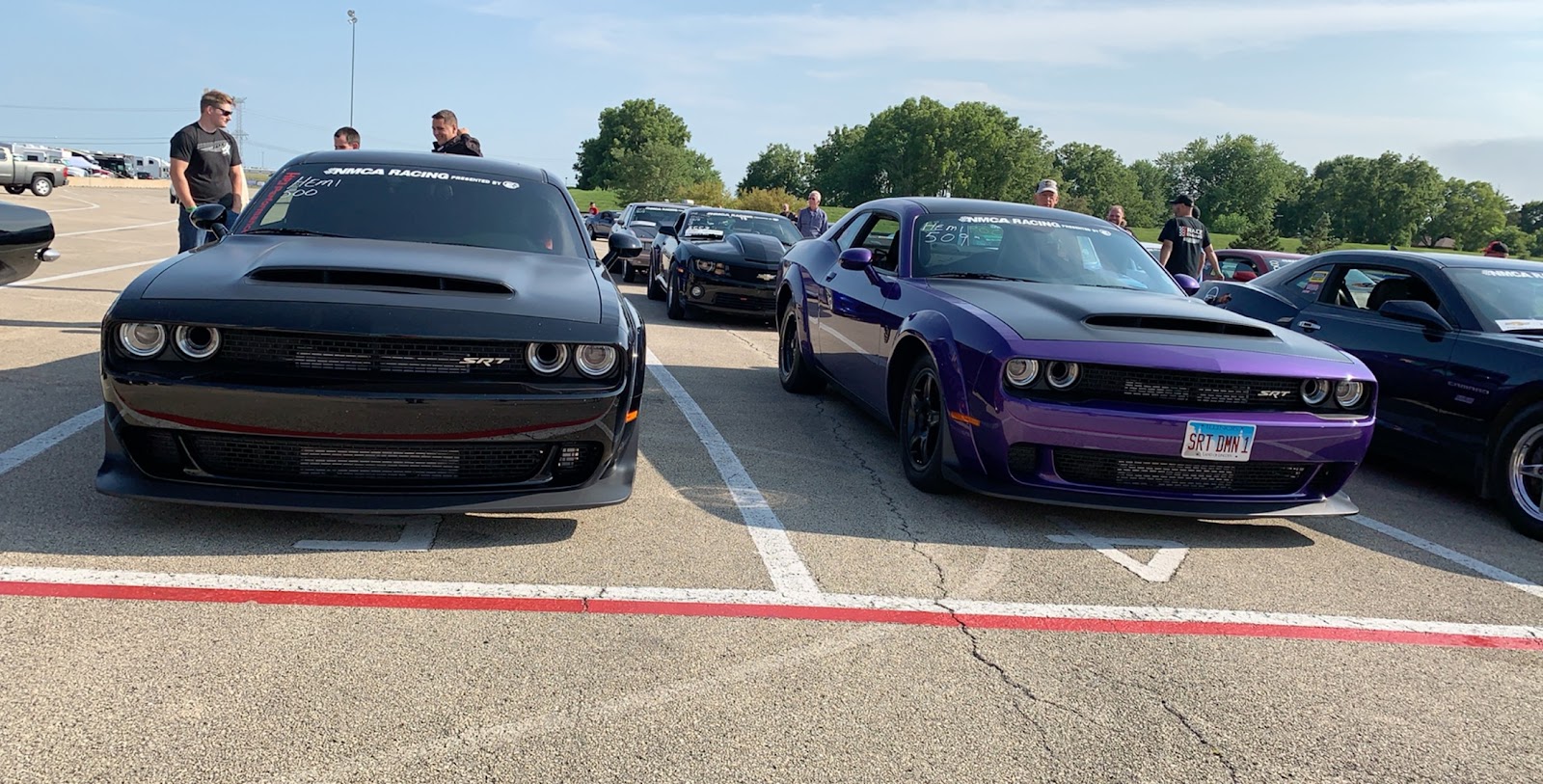 Upon our arrival, we met our rivals in the early process of practice. Two of SRT’s most powerful production vehicles sat in staging, awaiting their turn to tear up the quarter mile.

The practice that took place on Thursday was great for the people that wanted to experience the great weather and low density altitude of the track, while participating in the record breaking community of HEMI enthusiasts. Those who showed on the dates of Thursday and Friday were given the chance to buy 2019 Dodge Mopar HEMI Shootout limited t-shirt. 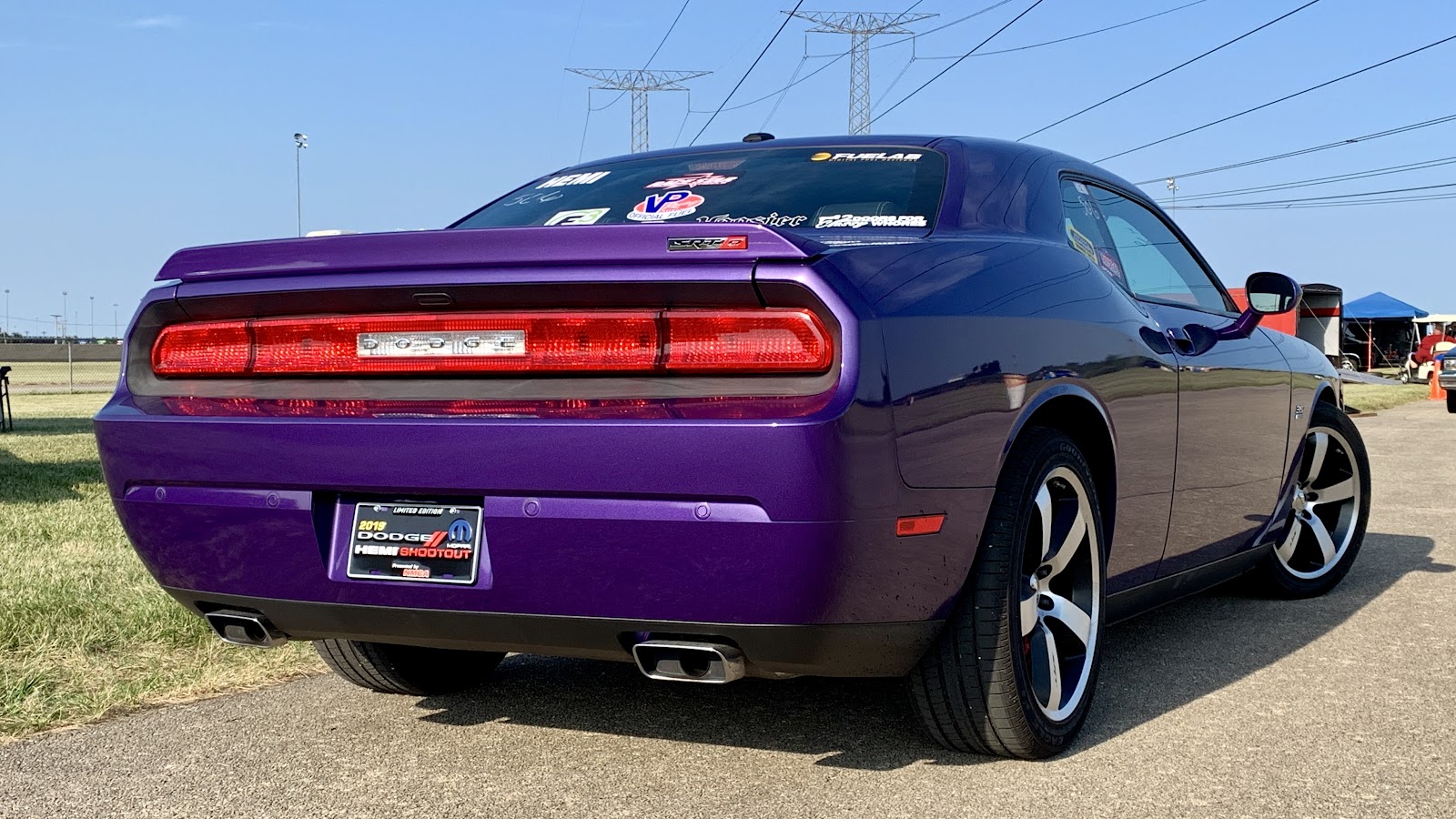 After making our primary timing pass on the track during the Thursday practice run, we found that our predictions of how the vehicle would grip was correct. Without a strong contact point, the tires would need a lot of heat. We strategize for our prediction, and swapped out stock street compound for Hoosier slicks. In short time, the vehicle went from a soapy slip and slide to aground-grabbing gripper that could tear up the tarmac.

Despite the fact that we couldn’t make a second pass later in the day due to our arrival time, we got the slicks and front runners - that we packed with us in the tow vehicle - onto the car and threw the street tires back in the back of the van. At day's end, we met with some of the great racers in our class and we were given the opportunity to drive the track once in a street dress manner. 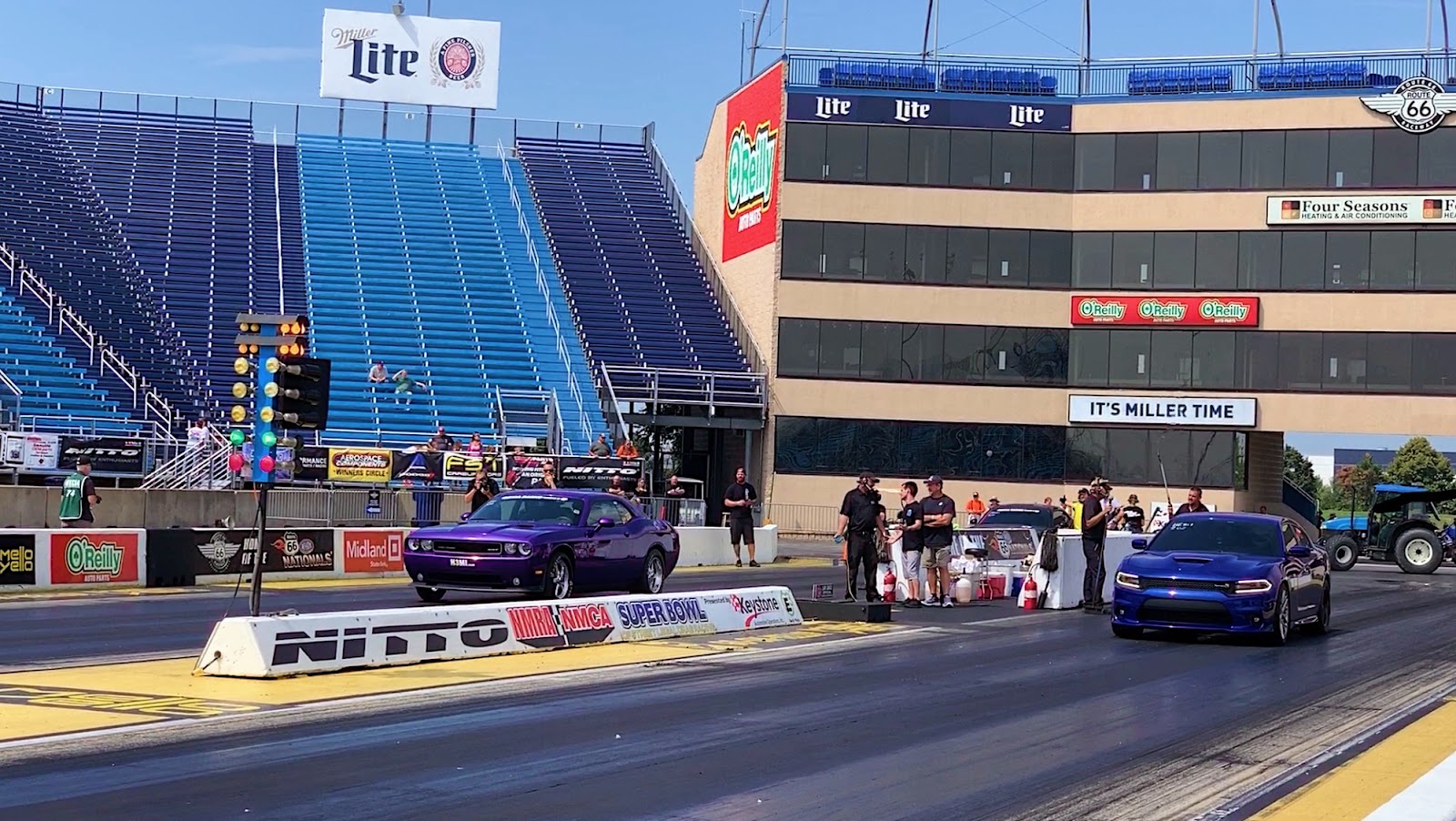 The session began today in the early morning for the first time of the NMCA event for 2019 here in Joliet. We parked the truck and trailer just upon arrival at the back end of the track, right around 9am. Our proprietary planning made for easy trail runs on Friday. As soon as the Challenger was off of the trailer, our strategy to figure out density altitude, wind speed and humidity began.

We calculated the density altitude and came to the conclusion that the DA was much less than it would be on Saturday, which is the day of the actual runs for the HEMI Shootout. When we made our runs and ranged into the 12.50s, we recognized very quickly that modifications needed to be made to the vehicle to stabilize its power output and optimize the new tune. 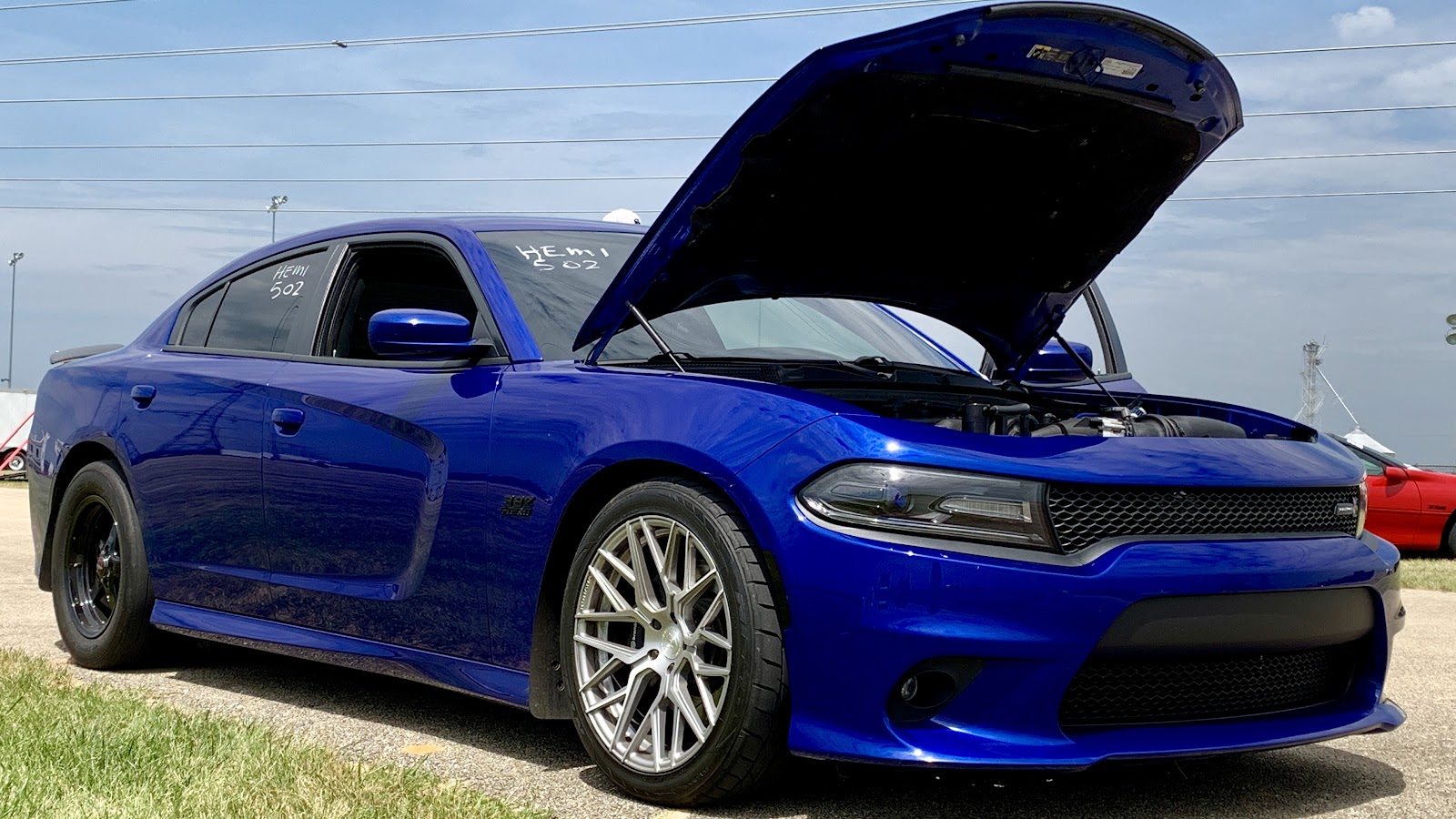 Marty, owner of a 2016 Dodge Charger R/T raced alongside the 2014 Challenger throughout the day on Friday. The car has a few modifications including a set of “legal slicks” and a hellcat throttle body to allow for more air to be accepted into the engine. The radials on the rear of the car are a collection of Mickey Thompson drag compound and a set of black aluminum CNC Racestar 17 inch wheels, in a five point fashion.

Upon Marty, came many other participants of the HEMI Shootout. More Dodge Demons, Hellcat Redeyes, 1320 Scat Packs, Chargers and Challengers all arrived at the scene in prep for tomorrow’s races 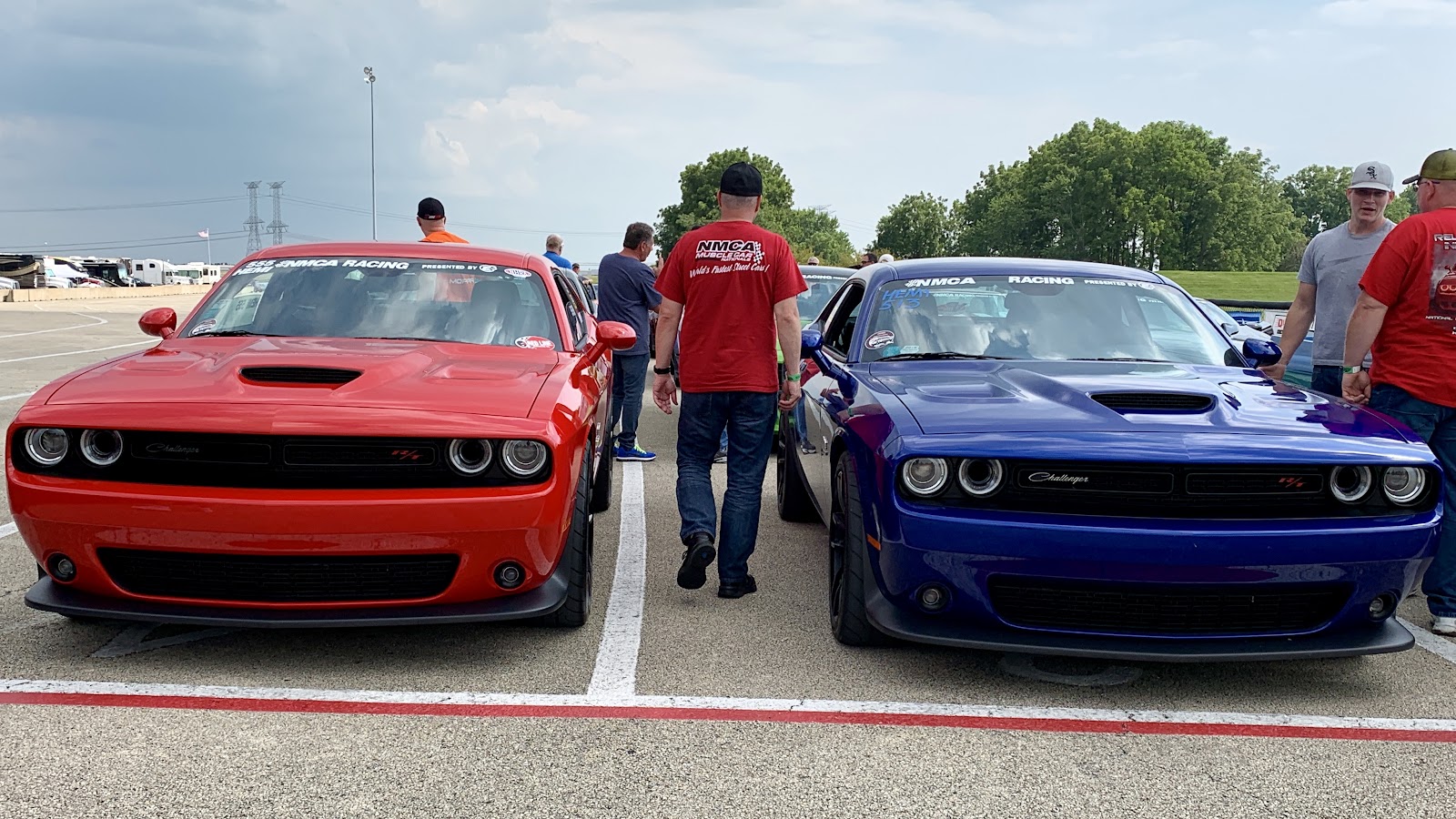 Two of this year’s icons for the industry of drag racing showed up in the staging lanes, ready for the second practice run of the day. Both of these cars are apart of the 1320 Club directly. They’re made to run the quarter mile at a consistent 11.72 after driving the distance from one’s house to the track. The car is also built to then be able to drive home.

Along with the 1320 making a statement in the quarter mile, a few more legendary Demons arrived on the spot during the Friday morning hours to tear up the quarter mile in a very low 10s segment. The Hellcat Redeyes that were on deck turned similar numbers as the Demons.

1320 Club also made an appearance throughout all of the racers to see racers compare their best times at the track while we’re waiting to go down the strip.